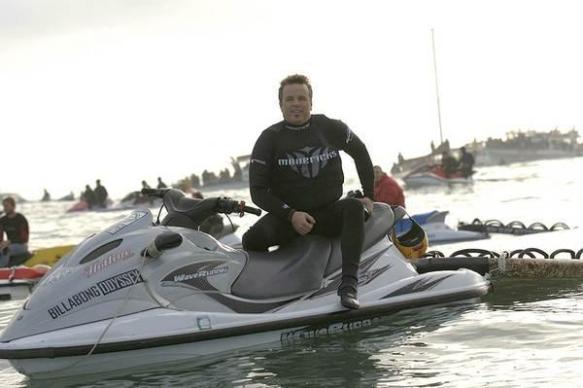 Frank Quirarte is not your average surf photographer. Instead of standing on the beach with a tripod, clicking away, his craft involves documenting Mavericks, one of the world’s heaviest waves, astride a Jetski—where he snaps photos and, when needed, uses his bravado and horsepower to assist in rescuing surfers in peril. The Pacifica-raised photographer has made a name for himself with this gutsy act. Twenty years ago, he forged a friendship with Mav’s pioneer Jeff Clark, who let him shoot photos from the channel in Clark’s inflatable Zodiac. Over time he became proficient behind the lens under the tutelage of established photographers such as Don Montgomery, Vern Fisher, and Doug Acton, gaining acclaim for capturing stunning images as well as for his lifesaving skills as a member of the Maverick’s Water Patrol. 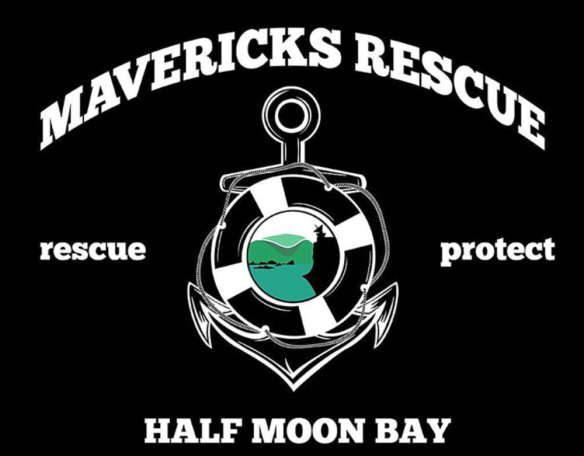 “We didn’t have any safety out there back in the day,” says longtime Mavs charger Peter Mel. “Frank was one of the first guys to bring that safety aspect to Mavericks. He had the balls to get in the zone and get people out of harm’s way. The fact that he gets some amazing photos along the way is awesome. We’re lucky to have guys like Frank out there looking out for us.”  Waves caught up with Quirarte to find out how he pulls off this impressive two-pronged gig.

What is the most difficult part of shooting photos from aboard a jet ski?

It’s all very calculated—physically, mentally and technically. With experience I’ve learned to be in the right spot at the right time, taking into consideration all the hazards involved. Aspiring photographers show up out there with the most expensive equipment and top-of-the-line PWCs thinking they’re going to get the shot. They realize very quickly that that’s never the case. You need to be able to survive in a very harsh environment. The line-ups are so crowded with boats and skis these days [that] just getting an image without a boat or another ski in it is almost impossible. You have to get really creative and try to avoid getting run over or sprayed. 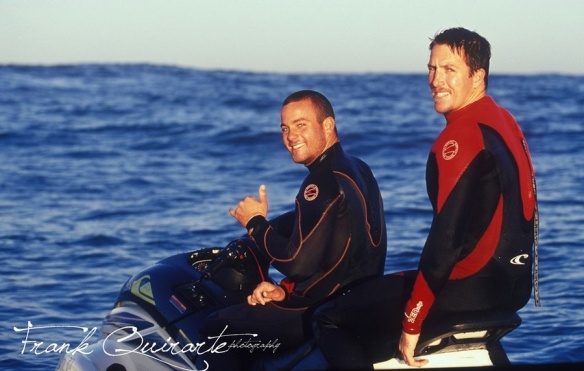 The late, great Jay Moriarity and Ken Collins sharing a smile between sets.

How do you manage to shoot photos and be prepared to go in for a rescue at the same time?

Timing wise it’s pretty simple. Most wipeouts take a few seconds to happen. That leaves you plenty of time to shoot the shot, stow your camera, and then set up for the rescue. I have it dialed. I have a little nest in the forward compartment of my ski. I open up the hatch, basically just drop the camera in, and then go in for the rescue. 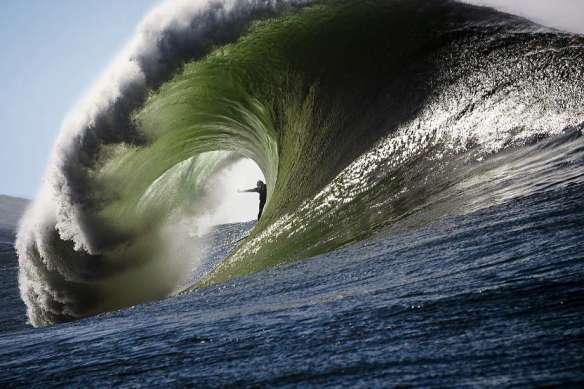 A gorgeous view of Josh Loya dropping into a bomb, as seen from the channel

What makes for a strong Mavericks shot?

You know it when it happens. Those moments looking through the lens and capturing an amazing drop or a spectacular wipeout or a gigantic wave—you know you’ve just witnessed and documented something special. 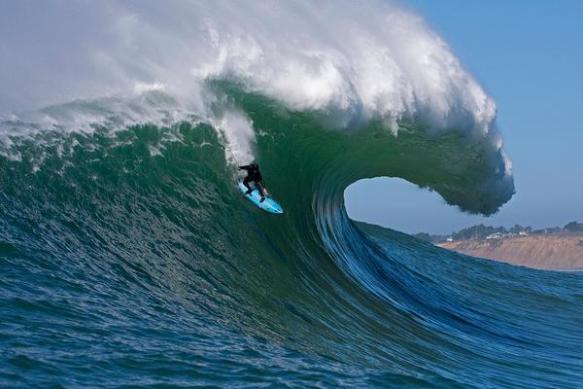 Some people are content taking photos of flowers and rock formations. How does shooting a force of nature like Mavericks compare?

I have some friends who [have] climbed the Himalayas to get the shot—and that’s a big rock—and others who have repelled down the side of mountain to take a photo of a rare succulent. So I guess it’s all relative, right? 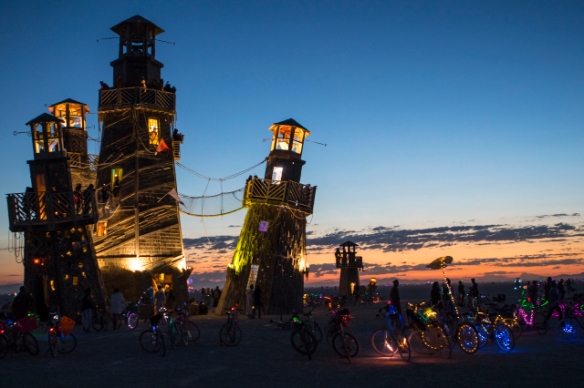 What do you like to photograph other than Mavericks?

Just being able to get behind the lens now and make a living is always a blessing. In the age of digital photography, the pro photographer has been marginalized or wiped out. So other than weddings, I will shoot basically anything. But I still need to be challenged. Shooting big waves has created some excellent opportunities, like working on movie sets and commercials—which is always really fun. I shot the America’s Cup for ESPN and the City of San Francisco hired me to hang under the Golden Gate Bridge on safety cables to shoot images of some of their earthquake retrofits. Basically, if there’s a possibility of somebody going the emergency room, I will most likely be part of the shoot. 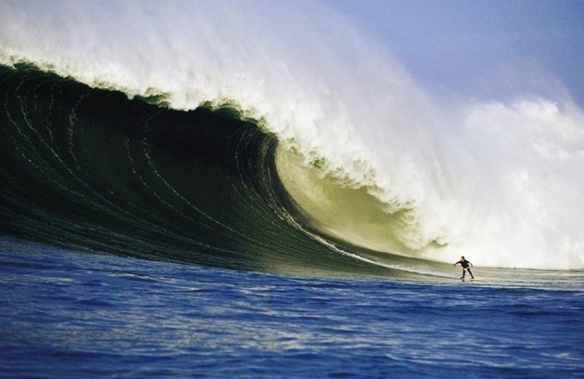 What makes a good photo, in general?

I like to walk away from a photo feeling something. It’s that simple. In the age of video, capturing a shot that can speak to you like that is definitely an art form.

Which photo in your portfolio are you most proud of and why is it special to you?

I have lots of favorites. If I had to choose I think it would be an image of Peter Mel I shot from the El Niño year, back in 1999. Quiksilver used it on the first Mavericks contest poster. It’s hanging in my living room. I get incredible satisfaction knowing that not only do I love the shot, but also that Pete gets to have his courageous moment captured and frozen in time. 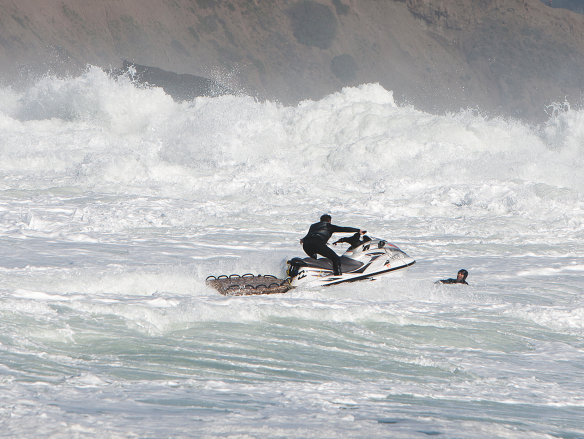 (This article was first published in Santa Cruz Waves)

This article was previously printed by Transworld Surf in 2008 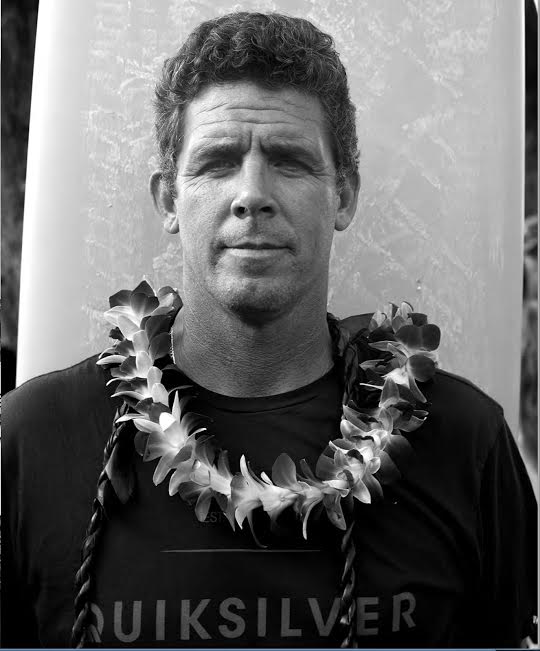 Went left at Mav’s–  Last session I had, I went left.  It’s so crowded out there these days that now the lefts are free game.  Because of the packed lineups, sometimes you’re forced to deal with what your given. The risk level at Mavs is highest it’s ever been.

Shaped a board–  My older son Anthony hit me up for one last year and we shaped one together.  Shaping boards is a lot of hard work and I have a lot of respect for shapers.  I still have a great interest in it, but my schedules been so hectic it’s hard to find time to do it but Anthony might be getting another one later this month. 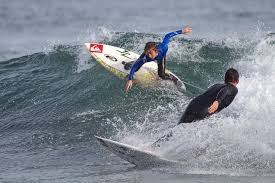 The Condor getting roasted by Lil’ John

Got burned– John John, my youngest son, burns me all the time. Last time we surfed together he saw me on a wave and completely toasted me.  I don’t mind as long as he’s the only one who burns me.

Signed an autograph–  In Puerto Rico.  I just got back from good will tour for Quiksilver over there.  Signed as many autographs as I ever have in a weeks trip.  The Puerto Rican surf culture is super stoked, and the waves are fun too!

Got schooled by a grom–  Last summer at the Quiksilver Pro at Puerto Escondido. Ashton Madeley, a grom from South Side has had my number the past few comps I‘ve surfed against him in. But I finally got him back at the Volcom Contest last week.

Disagreed w/ judges-  I agree to disagree. Its part of my job being a to analyze what’s going on while I’m webcasting, but ultimately I’m not a judge, all I can do is give my two cents. 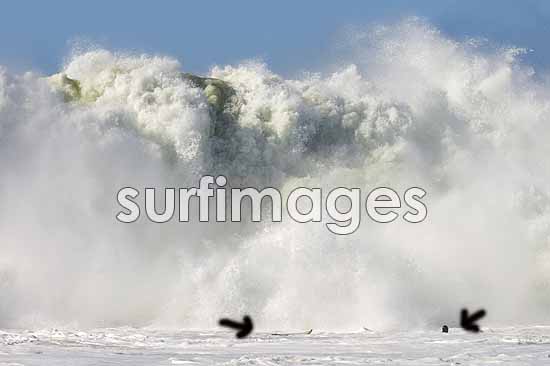 Two wave hold down–  It’s happened to me twice.  My last one was Jan 2007, at Mavericks. I had a wipeout which I didn’t even realize I was held down for two waves until Garret McNamara came to pick me up on the ski and yelled at me to let me know.  That’s when I kinda freaked out. 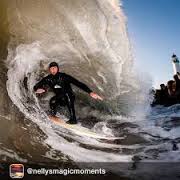 Broke a board– Last week at the Harbor.  Due to all the crazy storms, we’ve been fortunate lately to have some dredging sandbars lately.  But unfortunately, when the waves are dredging, your gonna pay some dues and break some boards.

Last book you read–  Called “Blue Water Gold Rush” by Tom Kendrick.  It’s a story about the urchin fishing trade in California.  It’s an incredible story I highly recommend it. Couldn’t put it down.  My old buddy Chris Brown is an urchin diver so I read it to get an idea of what it‘s like. 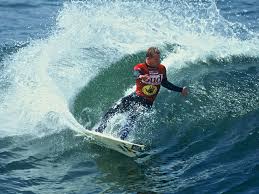 Sold a bar of wax–  At Freeline Design last Tuesday I sold a bar of Sex wax.  Happens every time I work at the shop.

Won a contest–  Last week at the Volcom contest at 26 th ave , the beach break right by my house.  It’s been a long time since I’ve won a comp and it feels pretty damn good. 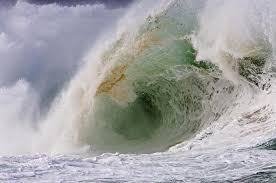 Pulled in at Waimea shorepound– During the Quiksilver Eddie Aikau event the year Bruce won.  Didn’t get a chance to this year.  In order to win the contest you almost have to.  I don’t think people really realize how gnarly it is.  Its one of the most dangerous shorepounds in the world.

Chased out of the water by a shark–  It’s never happened .  Knock on wood.  Closest call when I was surfing an unnamed slab up north and two seals buzzed me with fear in their eyes.  Thought I was a goner, but no shark.  So never really gotten chased out, but definitely had the shit scared out of me. 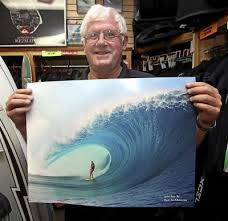 Surfed with pops–  Just last month, dad and I surfed pleasure Point.  It’s so cool to surf with your dad, he’s in his 60’s.  Hope to keep doing it for years to come.

Got a stand up tube–  Santa Cruz Harbor just yesterday.  It’s illegal to surf there, but when its on it worth the risk.  Harbor patrol has been on it lately, issuing tickets during the last swell.  Tazy and Columbo got tickets (laughs).

Stressed on the economic situation?  This summer I almost sold my house, scared that I might lose it.  I realized I needed to do everything I could to keep it.  Got a vacation rental in the back, anyone need a room in Santa Cruz? Hit it up on vacationrentals.com! 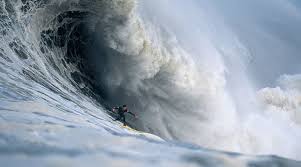 Pete, whipped into a thickie

Had a tow surf– I tried it again on a swell last month.  I’ve come to realize that tow surfing is weak.  Paddling is where it’s out.  Watching the boys push it has gotten me inspired.  This year some of the boys, like Ramon Navarro, Greg Long, Shane Dorian, and Mark Healy have paddled into the of the biggest waves this year.

Last time you where grateful–  Just recently realized how grateful I was for my longtime sponsor Quiksilver, who’ve given me so much support over the years.  Also my other sponsors, Sanuk, and JC for all the boards. I live a blessed life, and I’m grateful for their support. 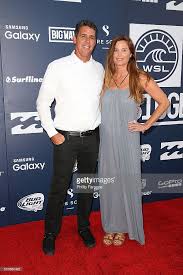 Pete and the beautiful Tara Mel

Last Magazine you read–  Transworld! (laughs) I also read a great article in Mens Journal about how to quiet your mind.  Some of the tips were incredible like -have a purpose, meditate, and cultivate good relationships- all in order to keep the stress down.  Stress can kill you, and I’ve found the tips useful.

Last time you pulled back on a wave–  During the Eddie.  In my first heat a set came at the very beginning of the heat, started to look over the ledge and pulled back.  Wish I could have that moment back, kicking myself cause it was one of the biggest waves that came through that heat. 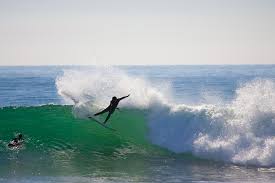 Last autograph you got– I got one from Grant Twiggy Baker after the he won the Pico Alto event in Peru. I like to collect winners contest jerseys. I also got a signed Nat Young’s O’Neill Coldwater Classic victory singet last year. 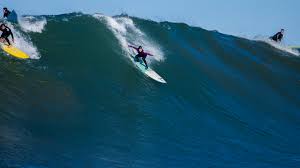 The beautiful and daring Savannah Shaughnessy

Last time someone made an impression on you- This winter at a session at Mavericks, Savannah Shaughnessy, a 20 year old young lady from Santa Cruz, rushed a big one on the bowl at Mavericks.  It’s rad to see the women getting out there and charging.

Last time you threw up– Can’t really remember. I stopped drinking three years ago, and now that I’m not polluting my body, I haven’t really been getting sick anymore.  Since I’ve been taking care of my body I can feel the difference, it‘s great.