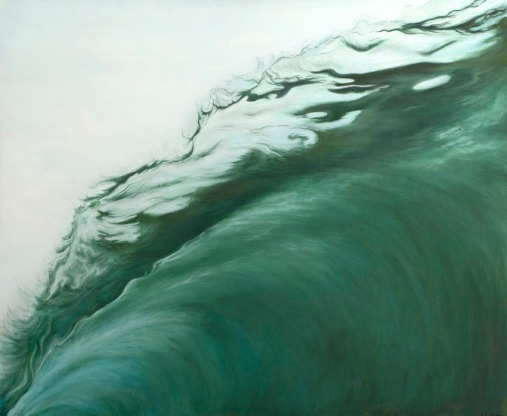 The Santa Cruz coastline is at times an oily canvas of seaside serenity without a cloud in sight. At others, it’s a violent maelstrom of colors, both bright and brooding—an evolving pallet of textures you can almost taste. These are the visions that artist FJ Anderson lives for and strives to recreate with his hyper realistic, ocean-centric artwork. 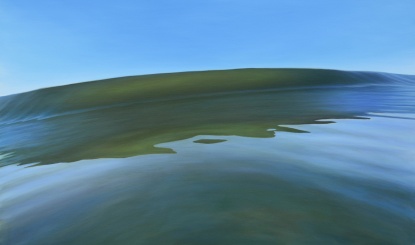 Anderson, a humble 29 year old, grew up in a picturesque A-Frame home overlooking Sunny Cove. From his bedroom window, Anderson awoke every morning to postcard views of the Pacific Ocean and the gorgeous cliffs that line Santa Cruz’s Eastside. Living a stone’s throw from this natural splendor, Anderson developed an early appreciation of the beauty of the temperamental sea. After some encouragement and art supplies courtesy of his grandmother, a talented painter in her own right, Anderson began his love affair with creating art, a passion that was intrinsically tied to his love for the ocean. 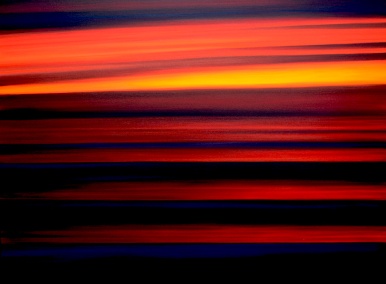 “I feel extremely fortunate to have grown up by the ocean,” reflects Anderson. “As a kid, it’s great because there’s always something to do—surfing, fishing, tromping around in the tide pools or just hanging out at the beach. As an artist, it’s a blessing to be privy to the ever-changing conditions of the coast. For example, lighting is a huge part of my work, and it’s always different and in flux, depending on the time of year, time of day, and weather conditions.” 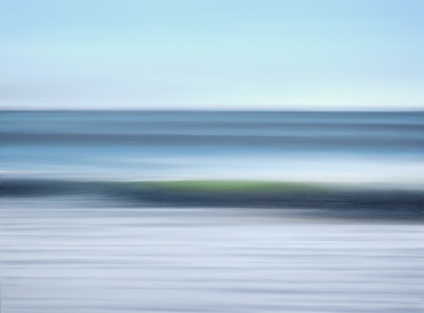 Anderson began to hone his artistic talents in Mark Marengo’s art classes at Shoreline Middle School, and continued his tutelage under Michael Emery at Soquel High. At this point, Anderson was beginning to move from realistic portraits and illustrations into his obsession with painting waves and ocean scenes. In the meantime, he furthered his repertoire by earning a degree in Scientific Illustration from UC Santa Cruz in 2007. 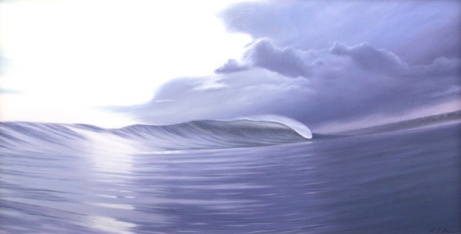 It was from this point forward that Anderson began to focus his creative crosshairs on painting the sea and skies above them. Other than the occasional coastal landscape piece (such as his Black’s Point series, which depicts the iconic point at three different times of day, presented with painstaking photo realism), Anderson jumped head first into a concerted effort to produce series of sky and ocean paintings.

“I basically have two different, ongoing oil series—one of the skies, and one of seas,” he explains. “The ocean ones are more first-person perspectives, from inside the water, whereas the sky series are pulled back images from the shoreline.”

It’s fair to say that the results are mind blowing. At first glance, it seems as though you are looking at a photo—his attention to detail and presentation are that convincing. The closer you inspect the image, the more you can discern that it’s actually artwork, and that revelation borders on startling. 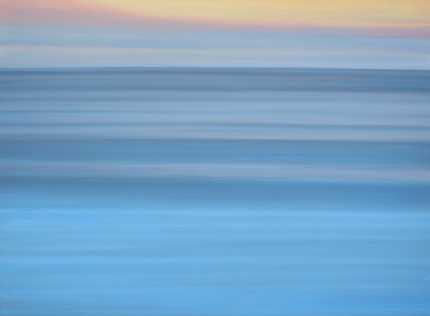 His wave paintings take you up close and personal with pitching lips, undulating swells, and deep inside the barrel, with reflections of light and water droplets furthering this sense of actually being there. His cloud pieces are equally impressive, elegantly encompassing the emotions of nebulous formations—from the wispy, swirling haze to the thick and twisted storm cloud.

“Clouds and waves are essentially just energy moving through water, so I try to capture that moment in time, but also try to show the energy and movement through my painting,” he says. 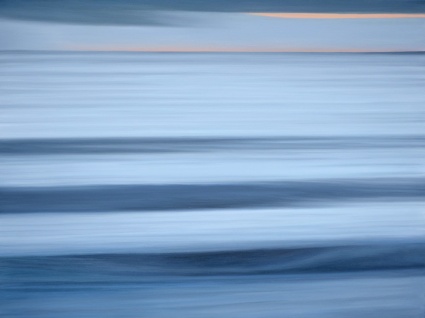 Anderson uses all mediums, but has recently been painting primarily with oils, which he says are ideal for his preferred subject matter. In order to achieve his desired effects, he opts to work in multiple thin layers, or “glazes.” The oils allow him to stack many layers of paint on top of one another. He also utilizes gouache, a thicker, opaque water color that provides additional versatility, as he can use it either thick like acrylic, or watered down like a water color. This proves effective when working on smaller, more detailed illustration.

All of Anderson’s images are based on photographs that he personally captured with his camera. Some of the factors he considers when choosing which photos to paint include interesting color combinations, the amount of movement, composition of the overall painting, and how well it fits within a series. 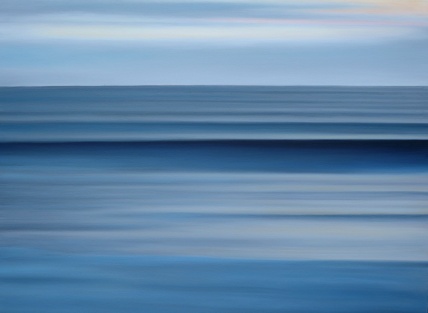 “Instead of a picture, it becomes an experience, and the finished product brings me back [to when I took it],” says Anderson.

People are catching on to Anderson’s personal portrayals of our beloved coastline, There is something about the ocean and the sky, and especially the combination of the two, that is incredibly visually arresting, and Anderson’s skill in capturing this essence is gaining a reputation as nothing short of remarkable. 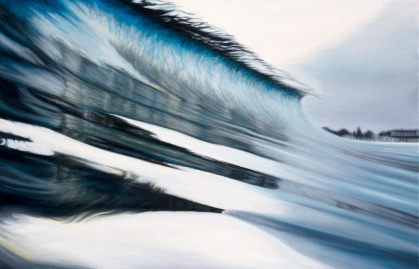 Whatever his craft may lead him in the future, this young ocean lover is content with creatively expressing his gratitude for living in an area with such natural beauty.

“Almost every day I find myself staring deeply into the ocean and clouds and getting lost in the movement and majesty,” he says. “It’s a great feeling.” 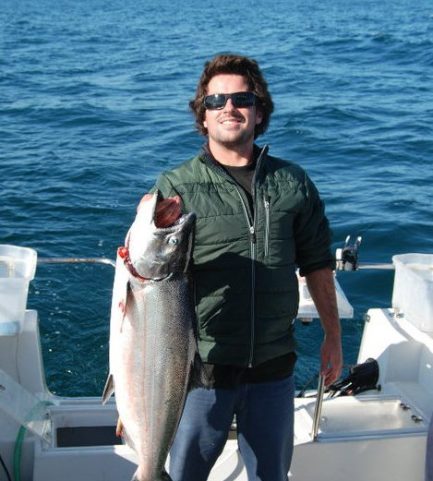 The Legend himself, Fruit Juice!!

Brief description of the show–  Its at Sawyer Land and Sea Supply on westside Santa Cruz. It will be up through March. I have about 25 oil paintings that range from really detailed and clean to more abstract and loose. All different sizes and shapes
What your featuring/ what makes them appealing-  I have a new series I’m working on, continuing the ocean theme but a bit more abstract.  In these I’m trying to simplify the colors of the ocean during different lighting conditions. I took the reference photos with a longer shutter speed so they have a softer dreamlike feeling.
One piece in particular–  One piece I’ve had a good response with is called “The Point”. Its a view of pleasure point looking towards the shore from the ocean during a sunset.  I’ve been doing some commission work painting peoples costal homes and I thought this one shows a cool perspective that people wouldn’t see unless they were on the ocean. It seems to really appeal to people who fish, surf, sail or paddle and see this view often. Its really detailed so you can see all the houses along the point as well.

Visit fjartwork.com for further examples of his artwork.

1 thought on “A Young Man and the Sea…FJ Anderson”